Haad Yao is thought to be one of the most beautiful beaches on Koh Phangan with a wide cove flanked by steep rocky peninsulas surrounding nearly one kilometre of perfect white sand. It is a popular beach that has developed to accommodate both budget and high end tourist markets with several great restaurants and a variety of beachfront bars. There are also supermarkets, a snooker hall and some cool viewpoint bars.

Further up the coast Haad Thian and Haad Kruad are secluded getaways with some great rooms on the beach. Haad Salad used to be a pirates hideout but has moved on since then, with old skool and high end resorts, a beautiful landscape and coral reef; making it very similar to Haad Yao but on a smaller scale. Further north Haad Mae Had and Koh Ma are a tropical and underwater paradise bordering Koh Phangan’s only Marine Park. Koh Ma is a small island just off the coast with a sandbar that links the two islands. Here it’s possible to spot turtles, harmless reef sharks and swim amongst shoals of colourful tropical fish. The region is fairly mountainous away from the coast, with Wang Sai Waterfall and a number of mountain trails and walks to follow; and with the large concentration of beaches in the north west, it is possible to beach hop up the coastline by kayak or longtail. 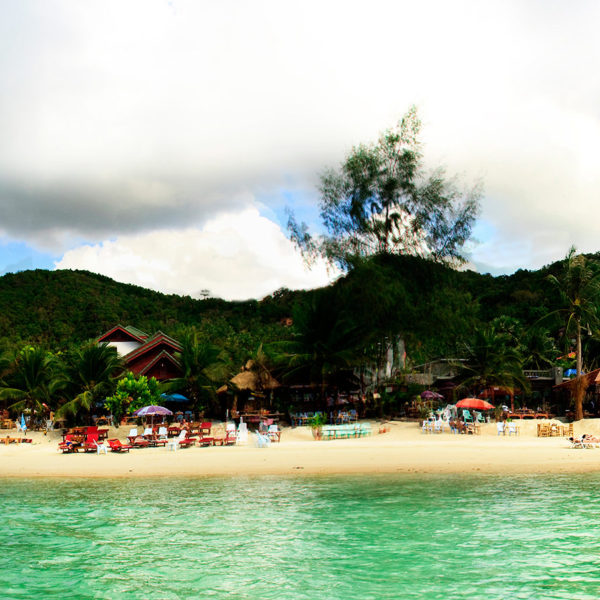 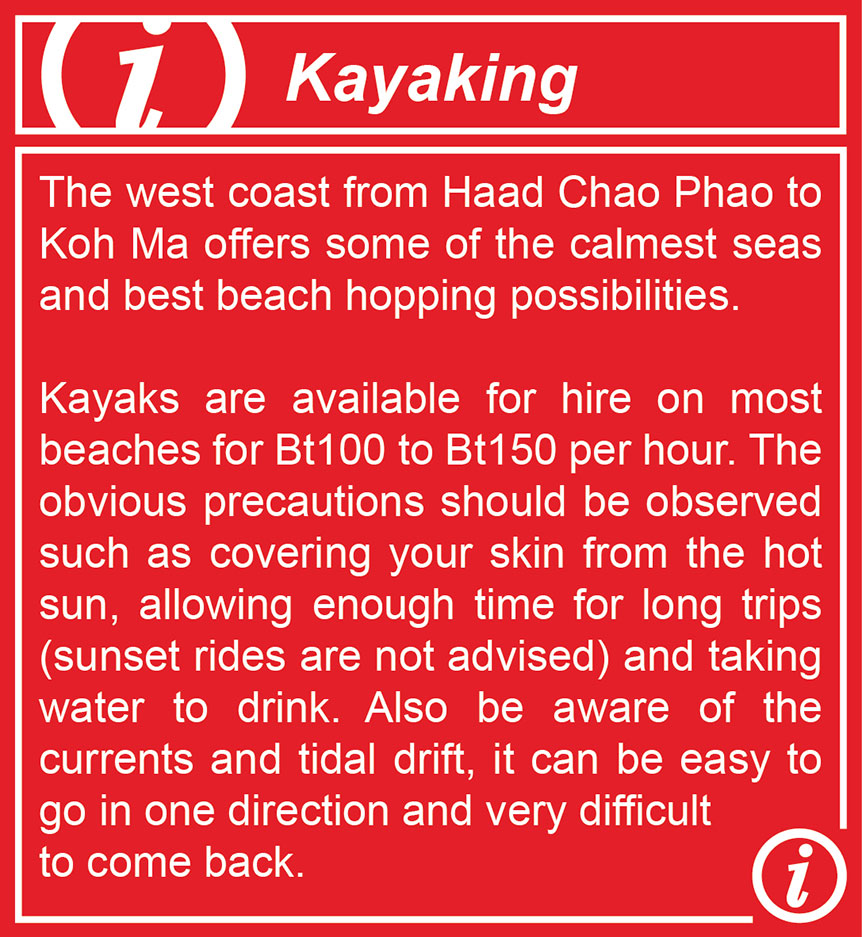 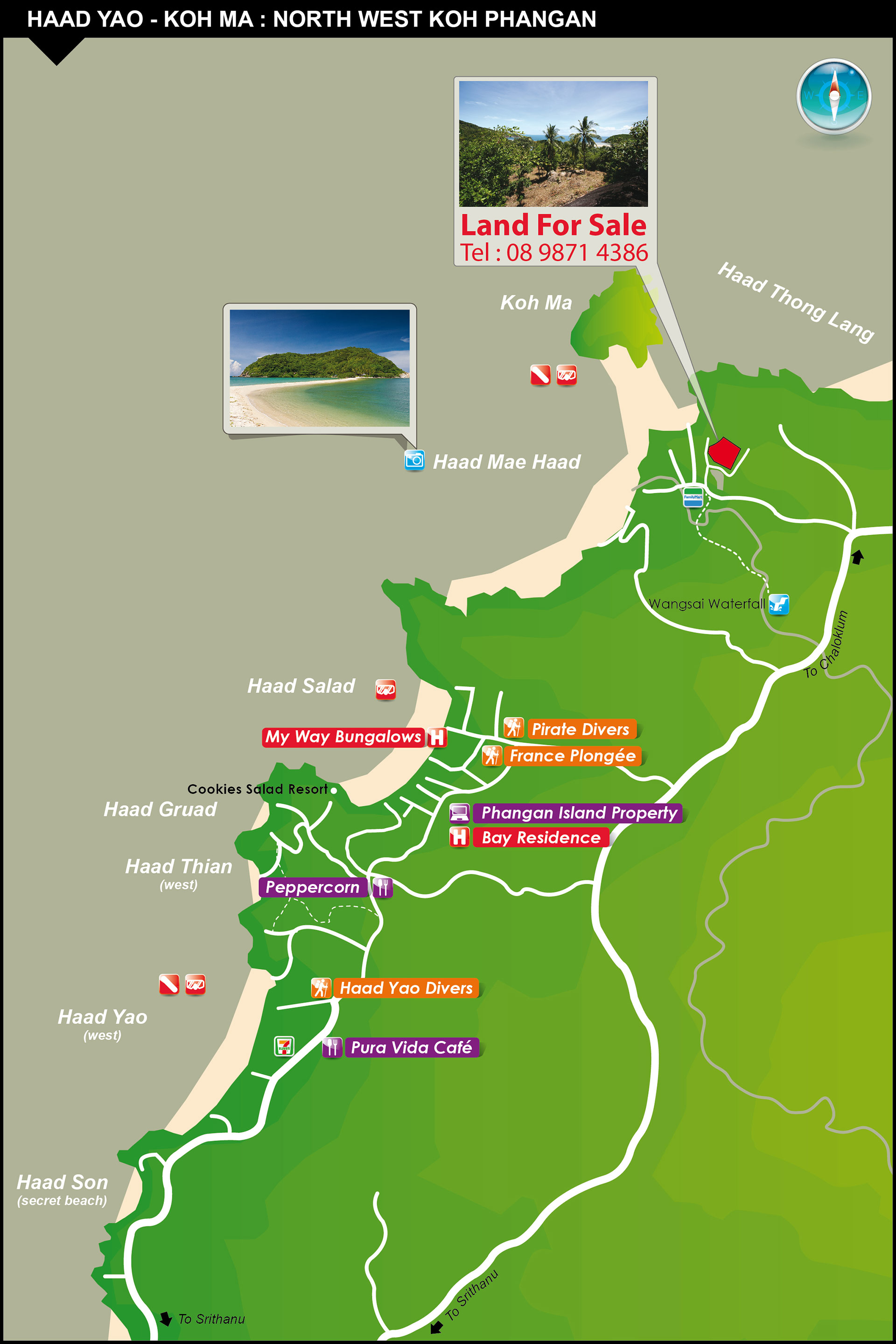 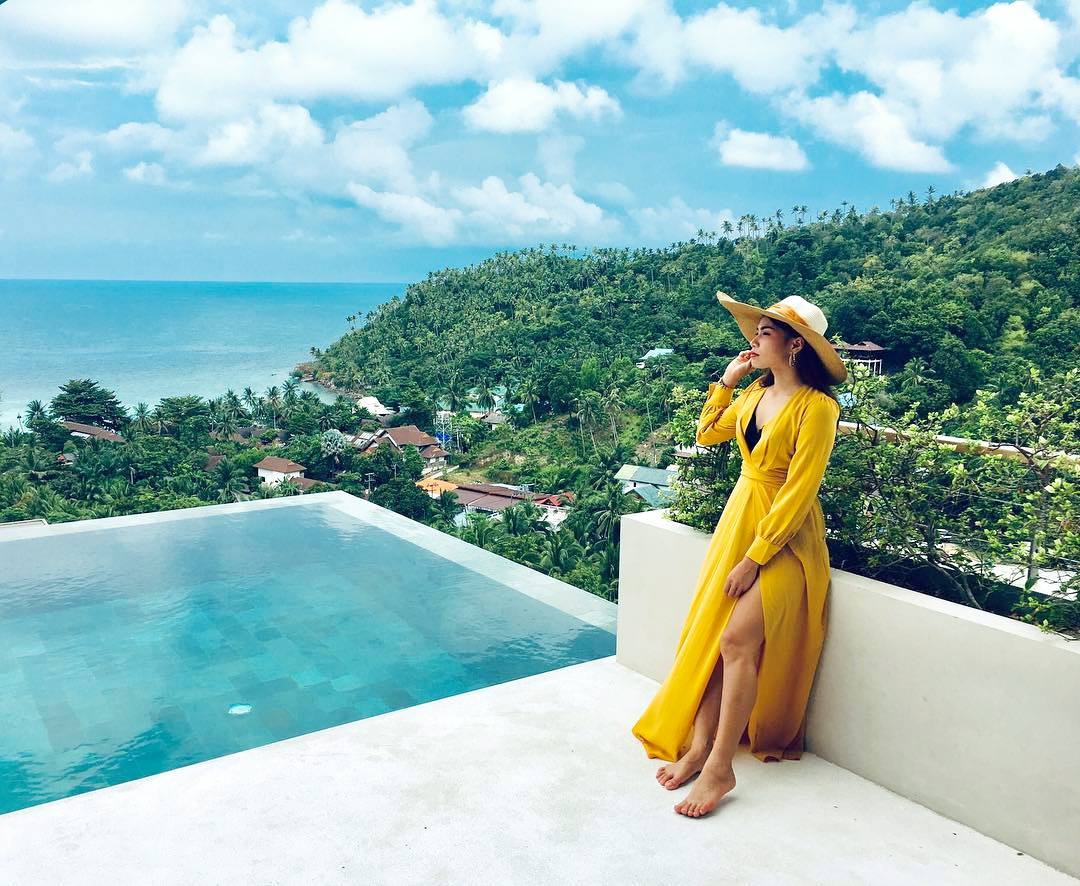 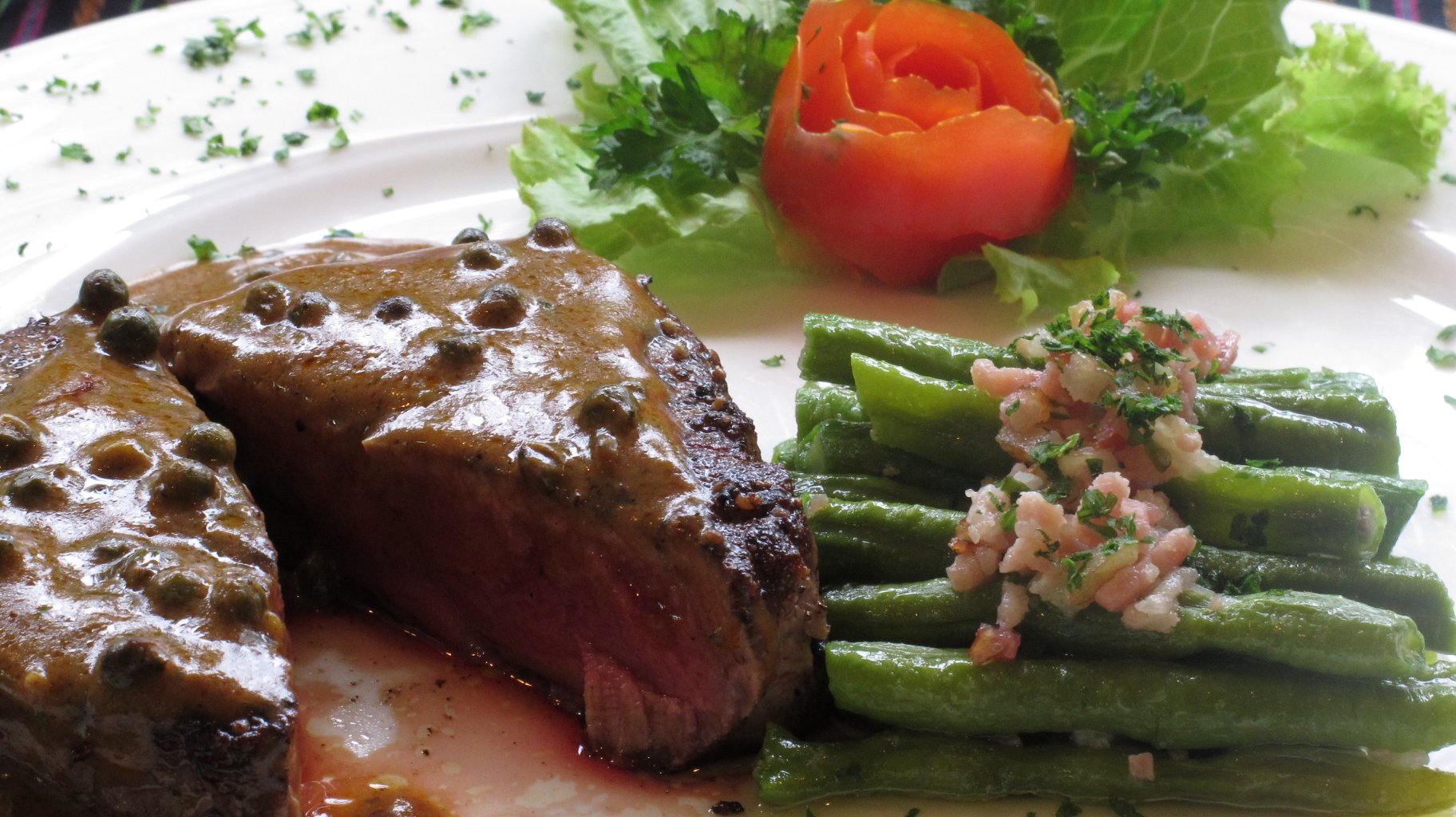 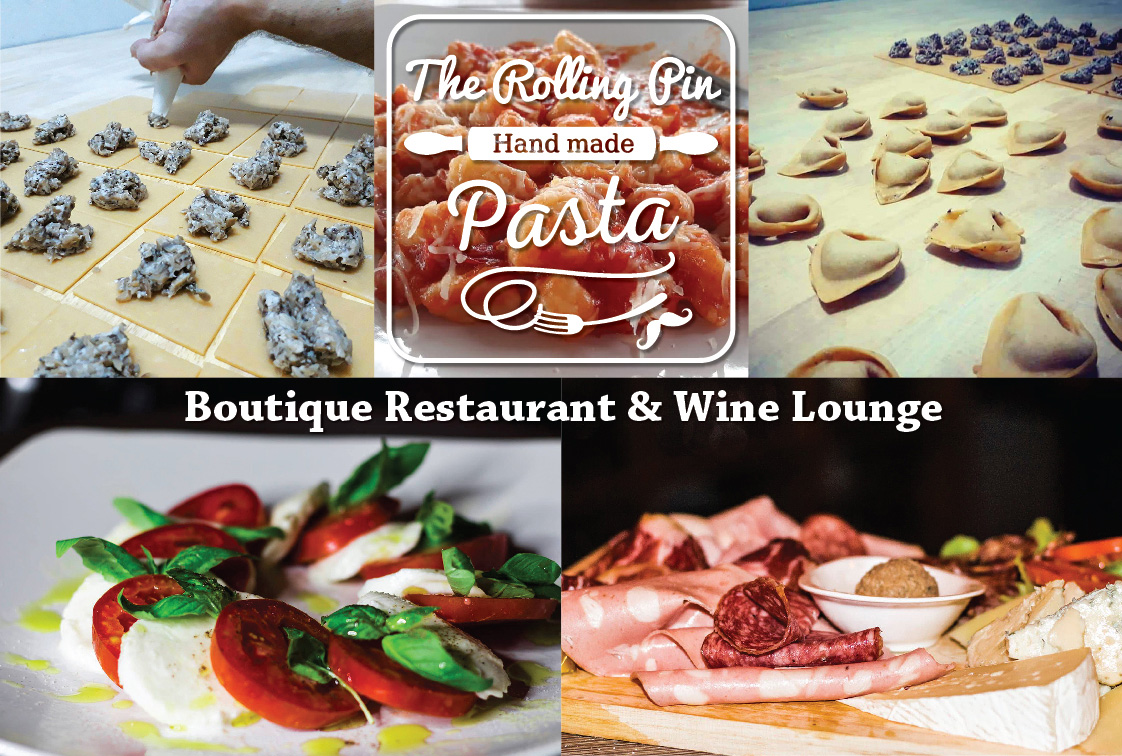